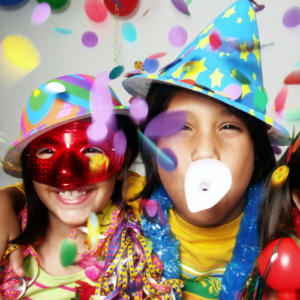 Challenge
A party entertainment venue wanted to increase the amount of foot-traffic to their stores; however, they were unable to find a vendor who could track the amount of people who visited their store location. As a result, they enlisted the help of our team.

Solution
The SEO SEM Professionals team developed a comprehensive strategy to target and convert a specified audience using geo-fencing. Three geo-fence campaigns were launched with each store location being given their own campaign. The geo-fence locations were selected by the client. Upon campaign launch, our team blacklisted certain websites and adjusted the geo-fences accordingly. Our unique reporting capabilities allowed us to not only measure the number of conversions from the campaign, but also see which geo-fences delivered the best engagement and visibility.

Result
Through our team’s tactics and optimizations, SEO SEM Professionals was able to deliver a CTR of 0.14%, which is higher than the industry average CTR of 0.1%. We were also able to track the number of clients who entered their stores after seeing our digital ads and determine the average amount spent to acquire these customers. The client CPA significantly exceeded the average customer spend at their store locations.